Who is Napoleon Smith III?

Napoleon Smith III is the Executive Producer of Teenage Mutant Ninja Turtles and Producer of the Grand Prix of Scottsdale, that will take place in Old Town Scottsdale on November 7th.

What is Napoleon Smith III’s Story?

Napoleon Smith III began his career as a University of Arizona Wildcat, where he studied Business Administration and Management. Upon graduation, he started working for Nokia Phones and became the youngest VP in the history of the organization. His goal after Nokia was to develop a media brand for kids, and although it did not succeed as intended, he developed a great relationship with the creator of the Teenage Mutant Ninja Turtles. Being a fan of the brand since he was young, they decided to collaborate to bring the Ninja Turtles brand back to the big screen where Napoleon became the executive producer.

After producing two successful movies, Napoleon wanted to shift his focus on a passion project. Napoleon and a group of friends began discussing how they could create a successful business while impacting the community that they all love, and The Grand Prix concept was born. It was put into action last December and with hard work and the help of successful partnerships throughout the community, the race will hit the streets of Scottsdale on November 7.

To create something in the city he has made his home that will have a lasting impact on the community.

When we asked Napoleon Smith III what he thinks makes someone fabulous, he said, “The ability for one to be optimistic and knowing failure is not always a bad thing. Always keeping a positive attitude through seemingly bad situations has led to the greatest successes in my life.” Napoleon is a great example of how failure can be used as lesson and a stepping stone to success. His journey is inspirational to those who have fallen down – he proves it’s possible to get back up and succeed, which we think is pretty fabulous!

“Racing was born when the second car was created” – Henry Ford

For more information about the Grand Prix of Scottsdale, visit grandprixscottsdale.com. 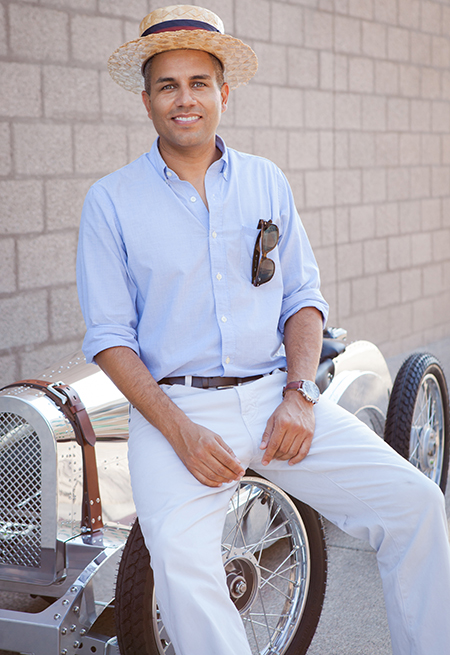